How to become a Freemason?

Here is some basic information that addresses the question: “How do I become a Mason?”

Freemasonry has lodges throughout the free world. You will find Masons meeting in almost every town and village and – except where repressive governments make their existence difficult – the locations of the lodges are very readily found. None of these lodges was ever organized as a result of any type of “missionary work.” They came into existence because a group of existing Masons wanted to share friendship and fraternity with other Masons in the area.

What is often misunderstood is a simple but indisputable fact: Not everyone can become a Mason. There are few, but important, requirements to be eligible to become a Freemason.

Freemasonry is an initiatic experience. You can’t become a Mason by reading a book or a website on the Internet. Becoming a Mason is not merely an event; it is a process and one that requires a life-long commitment. Your decision to become a Mason should not be entered into lightly.

Let’s examine the requirements for becoming a Mason individually:

Being a man, freeborn, of good repute and well-recommended 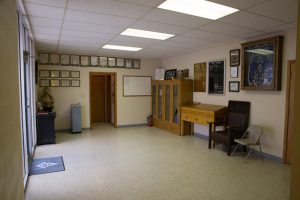 Masonry began as a all male organization. There are women’s groups and groups of mixed male-female membership who use rituals similar to that of the major body of Freemasons throughout the world. Some of these groups receive acknowledgement (but not recognition) due to their adherence to high moral principles etc. while others are frowned upon. It is, after all, quite easy for anyone to claim that they are the head of a Masonic group and begin to obtain members.

The requirement of being “freeborn” hearkens back to the earliest days of Freemasonry. It became a requirement since only those free from indentured service as an apprentice or bondsman (as many were in 17th century England, for example), could truly make decisions for themselves.

Being of good repute is another essential requirement. Masons do not wish to encourage membership by those whose actions would stain the reputation of the fraternity. The intent of Freemasonry is to make good men better, but it not intended as an institution to reform men who are not of good character.

A well-recommended person is one for whom another is willing to vouch. Those who become Freemasons have been recommended by a proposer and then examined by lodge members to ensure that the candidate will benefit from his membership.

Belief in a Supreme Being

The major “bone of contention” for some detractors, Masonry does not attempt to define or delineate how a person should pray or to whom worship should be addressed.

The term “Great Architect of the Universe” or “Grand Architect of the Universe” is used to permit offerings of prayer in a non-offensive manner regardless of the varied religious beliefs of those present. All Masons understand this concept and when a prayer is said in lodge (a blessing before a meal, a word of prayer for the sick, for example), they understand that regardless of the person speaking the words or the usual form of prayer of others present, the prayer is addressed to their own Deity they recognize as The Supreme Being. The practice permits all men of faith to offer prayer and adoration to Deity in like manner, and it makes no preference to any one particular religion or church dogma. Freemasons include men who practice Christianity, Judaism, Buddhism, Hinduism, Islam, Shinto, Taoism and any other mono-theistic faith.

Once a candidate professes his belief in a Supreme Being, no further investigation or interrogation is made. This fact stymies Freemasonry’s detractors who often engage in a battle for the religious correctness of a particular religion. Freemasonry makes no such distinction and holds all faiths as sacred.

Ability to support one’s self and family

Although not specifically stated by all jurisdictions, this ‘requirement’ comes from a time when many would join fraternal organizations in the hope there would be financial and other benefits available for them in their old age. Masonry did want to become a benevolent association and thus the requirement appeared. Now, this is important to ensure that those who seek membership understand the priority of Freemasonry is secondary to a man’s religious and family obligations.

It’s a simply understood concept: if you are not old enough to make legal commitments, then the concepts and precepts of Freemasonry might be a bit too much for you to comprehend. Although this isn’t always true, there is a conceptual basis for separating adults from children. In the Kansas jurisdiction of Freemasonry, this age is now 18.

“Own Free Will and Accord”

You will never be “recruited” to join Masonry, or even asked to join until you ask first. Masons receive no awards for bringing in new members. It’s a voluntary organization, sought out by those with a positive impression of the organization. 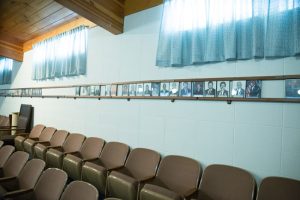 Masonic membership has always been an intensely personal experience and in times when “feelings” weren’t discussed publicly by men, the need for a person to ask for membership was often not communicated to those who might otherwise be interested in the fraternity. Accordingly, there are many who became Masons much later in life than necessary: they had thought the proper thing to do was to wait to be asked to join.

We do recognize the problems arising from false perception that “I must be asked to join such a good organization.” From time to time the lodge conducts special events, such as “Friends of Masons.” These are designed to let those who they may feel would be appropriate candidates know that they are welcomed to join. This does not, however, in any way mitigate or diminish the requirement that a man make the choice to join under his “own free will and accord” not actuated by unworthy motives.

These basic principles have been  the means of attracting the most highly respected persons to Masonry for over three centuries. Their simplicity confounds and confuses those who see a conspiracy lurking behind every bush; those who want religious purity and those whose own motives are constantly self-oriented. As a result, this quiet fraternity continues — as do its detractors.

A Grand Lodge edict requires that candidates for Freemasonry submit to a background check from a specific service. This is performed and paid by the petitioner online, printed and submitted with the completed Petition form. Detailed instructions from the Lodge Secretary will be included with the Petition Form.

Your Petition will be presented at the next Stated Communication of the lodge as an announcement that you wish to receive the Mysteries of Freemasonry. An Investigating Committee consisting of 3 lodge members will be assigned and they will contact you to determine a time when they can sit down with you and meet. The purpose of this meeting is to get to know you, as well as for you to get to know us. Ask any questions you have.  There are actually very few “secrets” that they will not be able to answer. The specifics of our rituals and practices are the only things that are kept secret. They will be happy to discuss nearly any other aspect of Freemasonry.

Once they have met with you, the Chairman of the Investigating Committee will make a report at the next Stated Communication of the lodge. This report will be either “favorable” or “unfavorable” based on the Committee’s impression of you based on the meeting. The entire lodge will then ballot on your being accepted as a member. In order to be accepted, this ballot must be unanimously favorable.

Once accepted, you will be notified and a determination made as to when you can be initiated in the First Degree. Normally, Degree Work is done on Wednesday evenings at the lodge.

There are 3 ceremonies and rituals to become a Master Mason; the Entered Apprentice degree, the Fellow Craft degree and the Master Mason degree. These are also known as the 1st°, 2nd°and the 3rd°. In order to advance to the next degree, you must prove a proficiency in the current degree, which is done by reciting certain portions of the ritual from memory. A coach or mentor is assigned to help you master this information and it is not as difficult as you might think.

Once you have been “raised” as a Master Mason, you are a full-fledged member of the lodge, however you are considered a Brother Mason after being initiated as an Entered Apprentice. Master Masons are required to pay lodge dues, which are currently $79 annually. We will pro-rate your dues for the first year based on when you actually become a Master Mason. A Paid Perpetual Life Membership is available for a one-time fee of $1700. The Lodge Secretary has more details, including a program whereby you can make installment payments on a life membership. 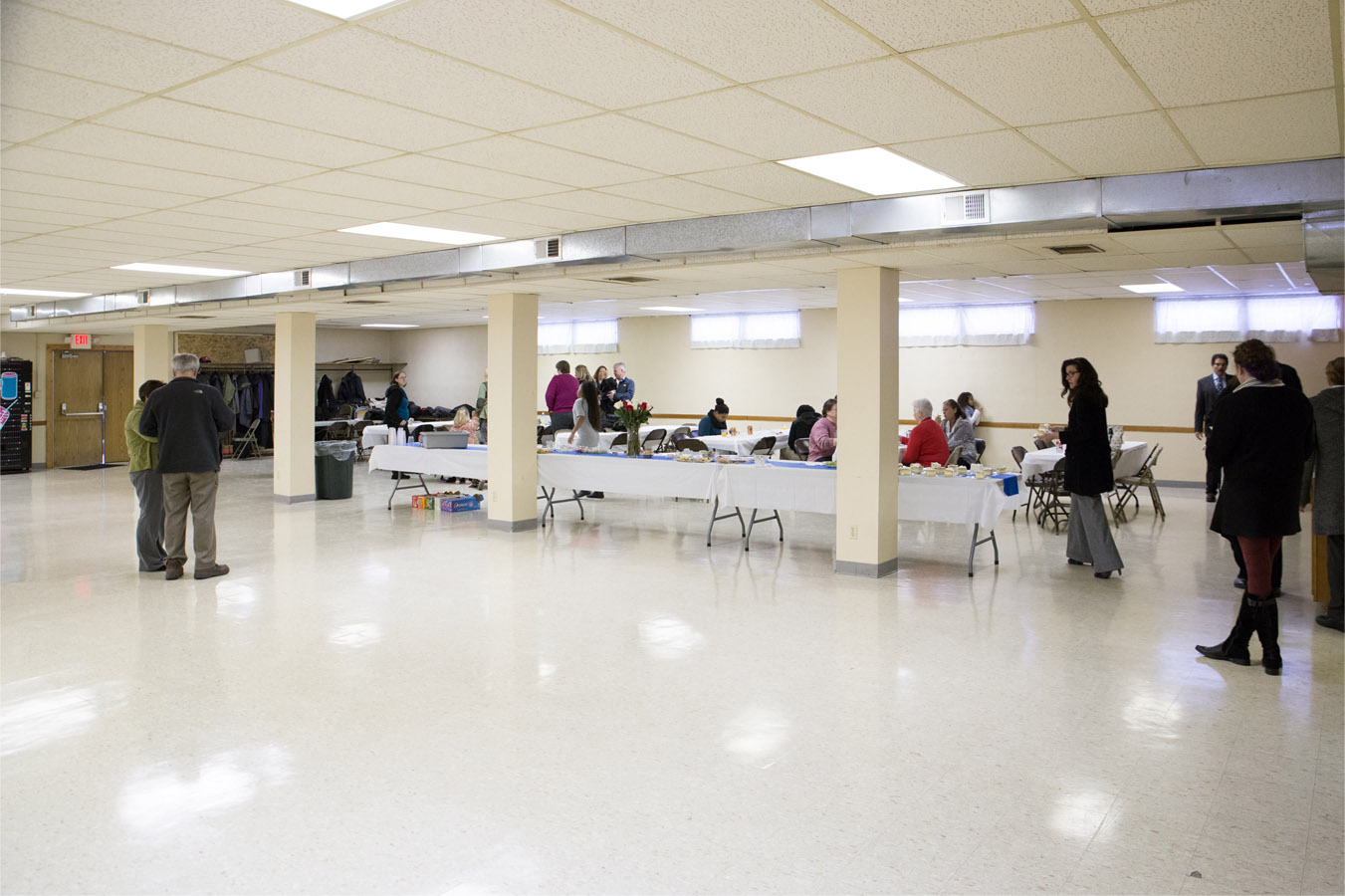